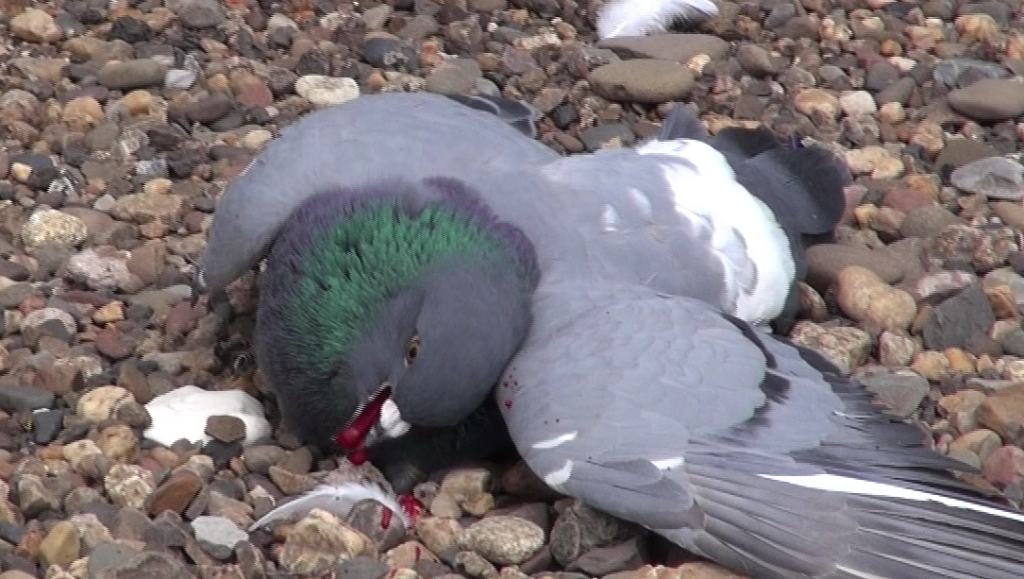 There are several states that host live pigeon shoots in the US. Pigeons are trafficked in from illegal bird captures in NYC, and they are launched from traps and blasted with buckshot at vile canned hunting ranges. In Pennsylvania- there are pigeon shooting contests and 1,000’s of pigeons are injured and killed. They are not fed or given water for days, before the shoot, which makes them easier targets. Starving and dehydrated birds suffer pain from buckshot & fall from the sky with broken wings and backs. Many injured pigeons suffer several days before succumbing to their wounds. Approximately 5,000+ birds become living targets during a 3-day shooting contest, 70% of the birds are wounded & suffer before dying. It’s critical to understand that live pigeon shoots violate current Pennsylvania law. The ‘intentional wounding & mistreatment’ is considered #AnimalCruelty & abuse of animals which Violates Pennsylvanias Animal Cruelty Code. They hand throw cage raised birds into the air and shoot them. HB 1750 would outlaw the use a dog, cat, pigeon as a live target & criminalizes eating of dogs & cats. As if vile live pigeon shoots wasn’t enough in Pennsylvania- it is legal to kill/consume dogs & cats as well. Abysmal. But, in many states killing/eating cats & dogs is legal in the US. Many people do not know this/do not (want to) believe it.

Some cool factoids about pigeons many don’t take the time to learn;

The pigeon is one of only 6 species, & the only non-mammal, to have this ability.

They are highly intelligent & pigeons can recognize all 26 letters of the alphabet & are able to conceptualize.

Smarty pants pidges can differentiate between photo’s & even two different human beings in a single photo.

…And hollow zombies shrug them off as ‘flying rats’.

Pigeons played vital roles in wars & have been decorated. It is a sad fact that these magnificent little beings are deemed ‘pests’…cos, they shit on a statue. Please. Have people taken a gander at what humans have done to the fucking PLANET?
….You can contact me if you wanna be a voice for pigeons. I can help you with petitions, people to contact, or give info for direct action…..