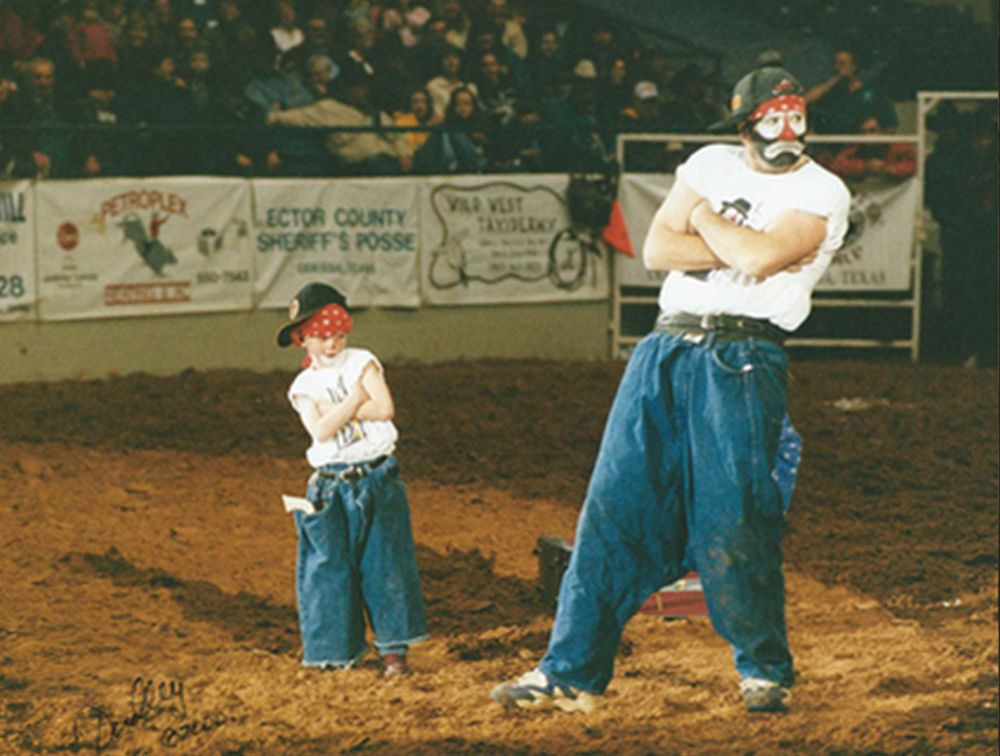 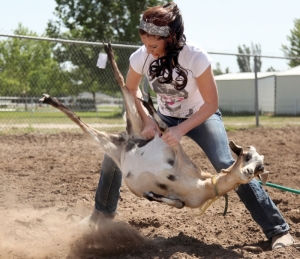 Clowns are to rodeos what Ronald McDonald is to marketing putrefying animal parts to the masses.

This is the description of a rodeo clown:
“Today in the USA, the job is split into two separate ones, hiring bullfighters who protect the riders from the bull, and entertainers, a barrelman and a clown, who provides comic humor.”

I have been researching rodeo clowns and their effect on rodeo children.
(Similar to Ronald McDonald systematic desensitization of kids to eat dead animals)
While there isn’t really any literature on this, it seems simple enough to deduce that the clowns play a crucial role in desensitization and normalization of rodeo #AnimalCruelty

What happens is that rodeo clowns make kids laugh after an animal is injured or killed in the arena.
The clowns effectiveness isn’t just with children though. Their banter & antics are just as effective with adults. Clowns can be used to draw attention away from injuries, but in general they’re there because the rodeo events alone aren’t interesting enough to entertain a crowd.

Children of rodeo parents are not shielded from violence, they are directly exposed to barbarism. What can’t be monitored or ameliorated is the corrosive effect witnessing #AnimalCruelty has on children. Children that are exposed to #AnimalAbuse frequently engage in “abuse reactive” behaviors. It is re-enacting of the abuse that they have been exposed to. Rodeo thugs breed & make future rodeo thugs.

For example, let’s look at ‘Mutton busting’. Children between the ages of 4-7 years old are placed on the backs of sheep, who immediately try to get the kids off as soon as they’re released from chutes they were held in before the event. The children are told to hold on tight & to stay on the sheep for as long as they can (mere seconds). The average mutton buster is thrown off into the dirt & is covered with tears in approximately 2 seconds. Clowns can be seen immediately picking the kids up, dusting them of and swapping their tears for giggles. Way to go, rodeo. 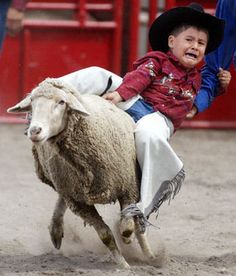 Mutton busting imparts to children that animals can be harassed for fun. This is rodeo #AnimalCruelty for kids. Encouraging children to participate in rodeo #AnimalCruelty as a means to win a cash prize is #ChildAbuse.
Rodeo gives cash prizes to little hellion imps that aggressively chase & tackle baby animals. Another children’s event at rodeo, is between adult events, pony foals are released in the arena, and children from the audience are allowed in the arena to chase & tackle the foals. This must be abolished.

As a loud voice against rodeo, I get a lot of pro rodeo thugs that troll me. The most common response I get to rodeo animal abuse information is that I am a ‘tree hugger’ and, that they don’t want to …’raise a pussy’…
While pro rodeo folk claim they don’t want their kids to be pussies. They don’t have the ability to realize that their children actually are animal abusers. Uncivilized like their parents.

Let’s end this demented shit. And, let’s be honest about it. Regardless of the argument that it’s “tradition” to torture an animal for entertainment, cruelty is cruelty & cannot be disguised-whether it is a child or an adult committing the act.