In bulging commercial fishing nets
Fishes are dying most gruesome deaths
They’re crushed under the weight of thousands of other fish
Or, agonizing decompression when hauled to the surface
Literally exploding their eyeballs, & internal organs
Leave the fishes
Off your dishes
There’s a multitude of substitutes that are delicious
Plant protein is superbly nutritious

Egg laying hens, commercially
Whether free-Range, organic, or battery
All begin their crap lives in a hatchery
All those hens are de-beaked
In meager wire cages, they’re stuffed & heaped
Or, cramped in a dark warehouse on shit coated concrete
The hens are murdered when they’re only 2!
There’s many alternatives, it’s true
Tempeh, seitan, lentils, tofu…
…just to name a few
[Are you pro chicken torture?]
You make that choice, it’s up to
YOU

We humans victimize 900 million mammals, birds, & 100s of millions of fish
Just for the products of their bodies, just for the taste of their dead flesh

Each individual that adopts a plant based diet saves up to 95 animals a year….
As a vegan activist, you save even more animals…
~Ripple effect~ 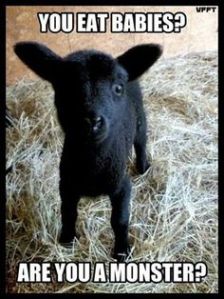 Tradition tho
You don’t want to believe that you’ve been conditioned to eat corpses.
ᴡᴇ, ᴛʜᴇ ᴄᴏɴsᴄɪᴇɴᴛɪᴏᴜs
Some people expose
The agriculture giant is fucking huge