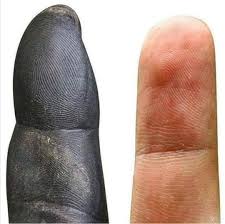 It’s been a minute…I took some time off to soul search, release some activist fatigue, & exercise demons.
So, hiya…again.

There once was a meat eating fuckhead
His dollars were spent on bloodshed
This absolute jerk, said with a smirk;
Cos ‘bacon’ I choose cruelty instead

Y’all ever read about the group of dick scientists that stuck 5 monkeys in a cage? Inside was a ladder with bananas on top. Every time a hungry monkey went up the ladder, the dick scientists would douse all the other monkeys with ice cold water. Ain’t that nice? Well, anyway…after a while, every time a starving monkey would start up the ladder, the others would pull them down and beat the shit out of them. Monkey style. [Ah, all in the name of science.] Eventually, ain’t no fucking hungry monkey daring to even think about eating those bananas. Now here’s some real shit, kids-
The dick scientists then decided to replace one of the monkeys. What do y’all think the FIRST thing this new monkey did? Hell yeah, the outsider eyeballed the bananas, & started to climb the goddamn ladder. Immediately, the others pulled him down & beat the ever loving shit outta them! Fascinating science. Chock full of cruelty. Anyhoo, After several cans-of-whoop-ass being opened,  the new monkey LEARNED to never step foot near that fucking ladder. …even though there was no apparent reason not to, aside from the physical assaults. Dick scientists. A 2nd monkey was substituted…same results. Even the 1st outsider monkey participated in beating the bejesus of the 2nd monkey. Then a 3rd monkey was subbed in….same results. 4th monkey…ditto. 5th, & final outsider monkey was replaced.
What was left? A group of 5 monkeys that – NEVER GOT DOUSED WITH ICE COLD WATER – continued to beat the holy hell outta any hungry monkey that tried to eat.

Your diet is learned.
….clean your plate or go to your room!….
…eat your meat or no dessert!…
…finish your milk or you aren’t leaving this table…
Blah blah blah
All punishments.
Use your own fucking brain, & break free.
Dairy, eggs, meat= animal cruelty, animal murder.

Be Vegan
Dig Out Your Soul