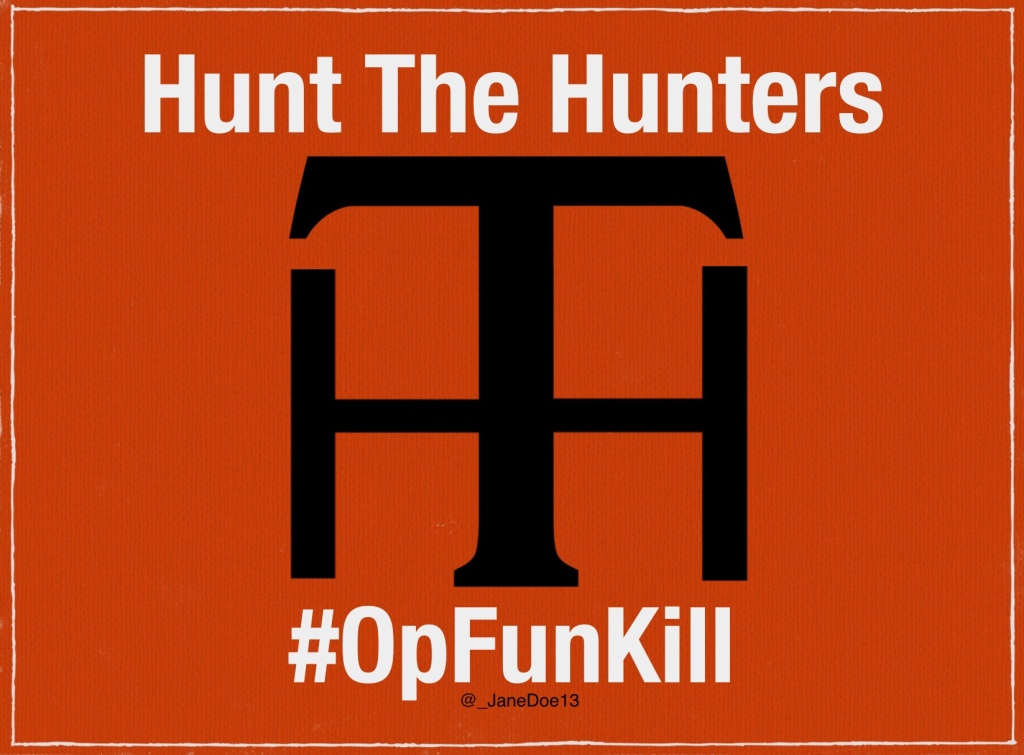 We here, at Dig Out Your Soul, have officially declared
November 15 2020-January 15 2021 B.U.C.K. season!
Exactly what is a B.U.C.K.? You ask yourself breathlessly.
It’s a Bipedal untermensch creature killer.
(aka Hunters, aka animal serial killers)
What more perfect acronym, eh?
I mean, hell, their cold blooded murder of male whitetail ‘Bucks’ continues unabated.
Not only do they unrepentantly shed the blood of the innocent, but they have the desire, & the legal means, to kill again, & again, & again…etc.
We, at Dig Out Your Soul, have decided to begin a new tradition! 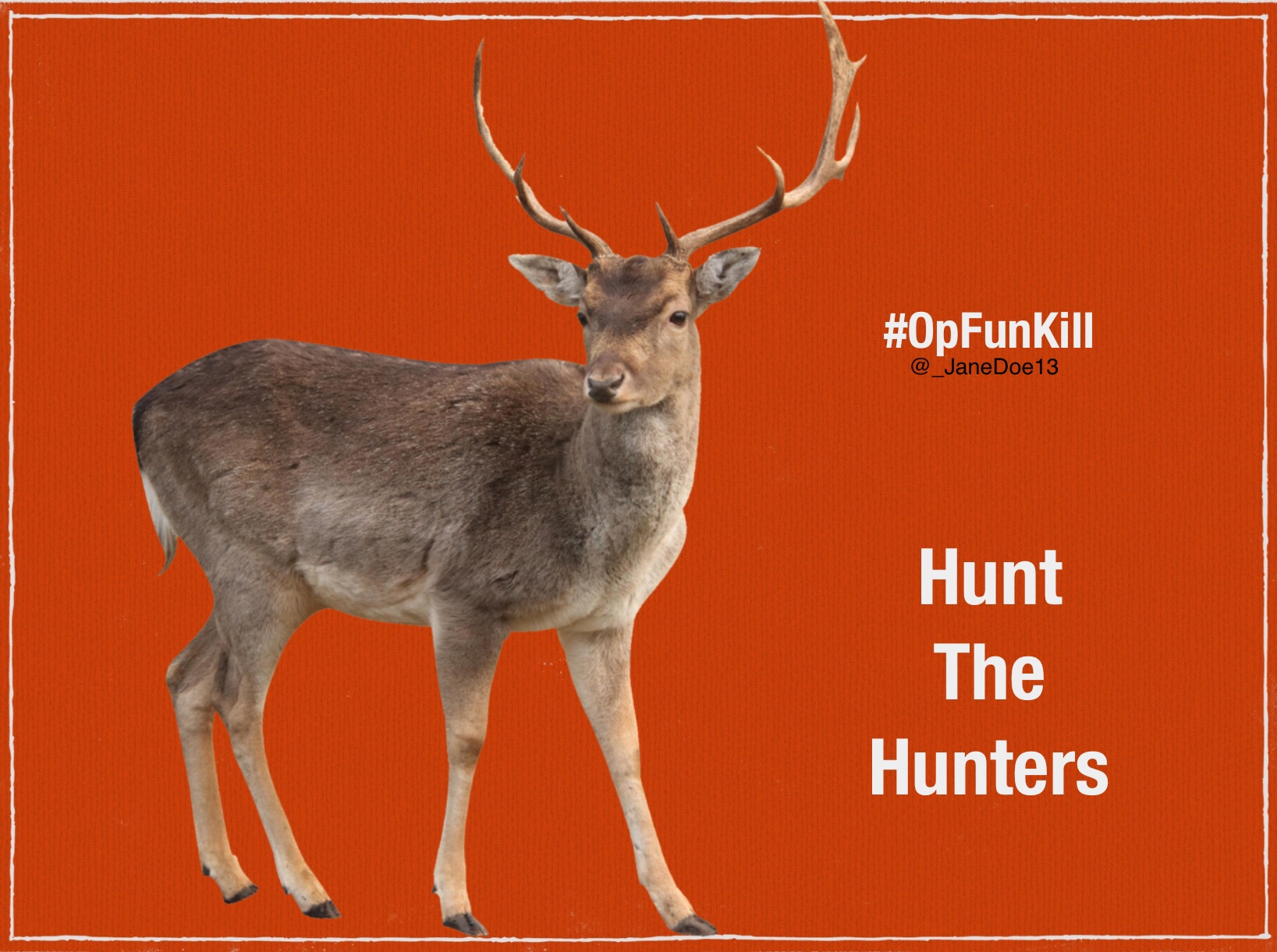 The B.U.C.K. Pool will run from November 15, 2020-January 15, 2021.
What exactly does a vegan hunter hunt?
Read on, my kindly sodalis.
Since hunting sentients is legal, but not without public scrutiny, hunters post photos, and a lot of them, of their kills.
Animal serial killers social media profiles are chock full of forensically detailed images for other killers to envy, & cheer.
Blood boasts.
We aren’t going to shed any blood, my gentle comrades, none at all. What we are going to do, for sport, is to shine a spotlight on killers. We are going to give them FULL exposure.
They crave this, anyhow.
They love attention, albeit the ego boosting, pride filling type.
Vegan Hunters will give them the tiniest taste of being stalked, sighted, then bagged!
If you haven’t lived under a boulder for the past 5 years, you have heard of ‘naming & shaming’.
Remember Walter Palmer? He is the evil ‘driller killer’ villain of the Cecil the lion tragedy.
Public outrage, animal activists, & clever usage of social media rendered ol Walt with a dentist rating of 1-outta-5 stars.
Imagine?
Still, that seething fucker is practicing.
Why? Cos hunting is legal.
Hey, can’t beat em? Join them!

I did a bit of B.U.C.K. Hunting recently, out of season, I Know! Ahahah…
Still, I found 6 animal serial killers Facebook profiles, & shared one of each of their respective post murder photos.
What happened?
A good amount of vegans/vegan activists/ non-vegan activists/hunting opposers not only saw the pics, they commented/interacted, & shared.
So, even more people saw them.
Then, what happened? A couple B.U.C.K.s responded.
Then, a few made their profile private.
I call that bagging a B.U.C.K.!
Why?
Their photos are no longer on public display!
The only folk that can see their pics, are their friends!
How is this a win?
They aren’t going to receive the same amount of gratification that they were receiving prior.
When a B.U.C.K. in the Northeast happens to see a shared pic of another B.U.C.K. from the Northwest, they can connect with one another. Once B.U.C.K.s privatize their profile/photos; no outsiders can see!
Lower visibility is a good thing.
Let’s get out there and hunt the big B.U.C.K.s!
Whack em, & stack em!

Rules
For a successful ‘hunt’, each entry *must include-
*Screen ‘shot’ of the B.U.C.K., & the innocent victim
B.U.C.K. Name, & location [when available]
*Link to B.U.C.K. Social media account
Multiple entries, by each hunter, are allowed.
Multiples entries of the same B.U.C.K. will be counted as 1 entry.
There is no ‘bag limit’ on B.U.C.K.s
Participants can hunt individually, or pair up with a fellow vegan hunter.
*if you form a cell of multiple vegan hunters, name your team, & each B.U.C.K. will be counted once per team.
November 15th is getting close….time to hone your 2 legged, subhuman, sentient murderer bagging skills! 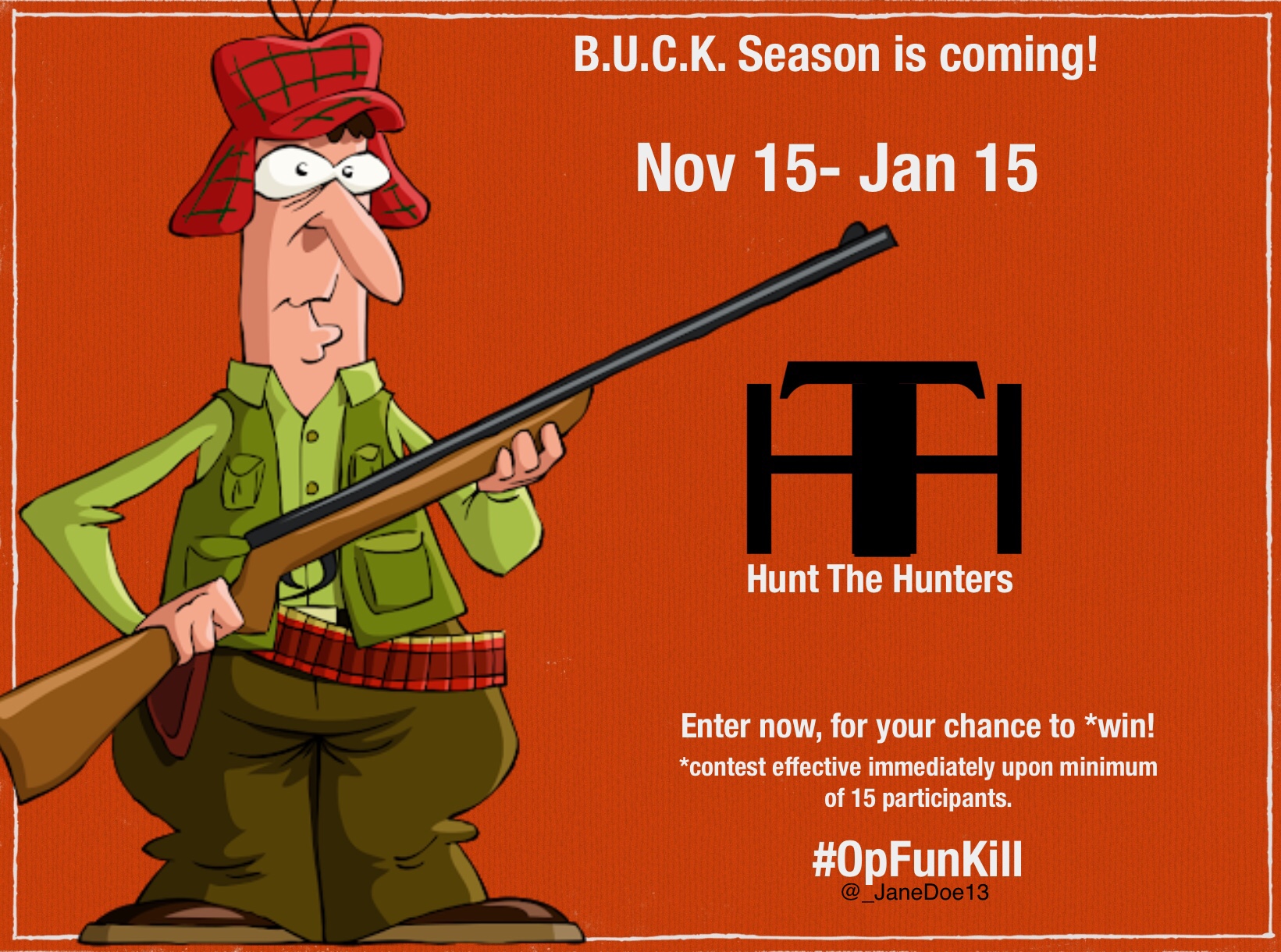 Yo, since this is a brand spanking new tradition, the winner[s] are dependent upon the number of participants.
Please r.s.v.p. With this here fancy pants contact box, and give us a holler that you got a hankering to name & shame!
Once there are, at least, 15 entries… Dig Out Your Soul will officially announce the contest is open.
There will be a 1st, 2nd, & 3rd place prize for most B.U.C.K.s bagged.
We will also let you know the specifics about the vegan prize[s] once there are enough contestants.
There will be a Facebook event page created for vegan hunters to share B.U.C.K. stories, bragging rights [lol], & techniques, and/or tips for others.

Be #vegan
Dig Out Your Soul