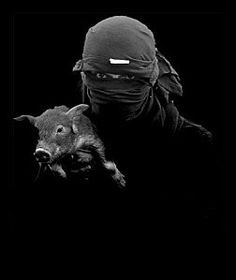 The phone on the stand rang, startling him. He could feel it was Michael. This time he answered.
‘Robbie. Someone killed Joe. Don’t trust the police, man. This isn’t the first time that they’ve set someone up, only to finish the job later. If they come in the night they’ll stick a needle in your arm, it’s to finish the job. They’re killers, Robbie. They’ll kill you.’ Mikes familiar rushed rant filled his ear. His pressure of speech was quick and sharp.
Rob could immediately tell that his brother was amidst a full-blown episode. “Slow down. No one is sneaking in to kill me with a needle.’ Rob assured.
‘Not what I heard’
‘What are you talking about?’
‘Get out now, they said…and its true. They’ll be in sure as soon. What I heard, man.’
Rob listened to stressed voice of his younger brother. He was obviously hearing voices again. Mike lied about taking his medication, even going so far as claiming to love his schizophrenia. Over the years, Rob had heard a lot of wild shit, so this paranoia was no shocker. It would take a lot to jar him when it came to his brother’s psychotic episodes. The voices, that he heard, he called them ‘the big 5’, or, the ‘tellers of all truths.’
‘When’d you last take your meds, Michael’?
The phone was silent.
‘Mikey?’
‘You have to get out’, Michael whispered quickly.
Rob nodded. ‘Okay. I will get out, Mike. No one is going to kill me. I promise you.’
‘Not what I heard. Could be any second now and then. Who has joe?’
Rob stiffened. ‘..his body?’
‘They got him. They’re going to get you.’
Rob pressed his fingertips into his temple. ‘…no one is gonna get me…’
‘Robbie, you have to get out now! They’ll jab you, needle you, pump you full, too. What I heard.’
I gotta get the fuck out of here, Rob thought.
‘Michael, look,” Rob whispered. “I’m fine. I’m safe…I’ve hired armed guards. See?’ He lied.
Silence.
‘Ok?’
“And, you trust these guards?’ Michael sounded skeptical.
Rob sighed, closing his eyes. ‘Yeah, completely trustworthy.”
‘Good to hear, man.”
‘I’ll be home soon, k?’
‘Righto’
‘See ya soon, Mikey. Bye’
His brother hung up without saying anything more.
Rob sat for a moment, holding onto the phone. He leaned forward, face grimacing as pain radiated from his shoulder into his neck. He sat the phone down and pressed the call button to the nurses’ station. As he sat back, the nurse walked in.
She smiled at him, ‘What can I do for you? Would you like me to bring you something for an upset stomach?’
‘Where’s my shit?’
Her expression changed. She looked confused.
‘I’m leaving’
‘Oh’, her eyes widened, looking at the door, ‘mmmm, let me just get the doctor so’…
Rob interrupted, ‘I’ll sign myself out’

Yoke
Imagine the day began like any other day.
Yes, yes
I sincerely apologize
Rogue taxidermy art by Carol Christian Poell
Nothing to see….