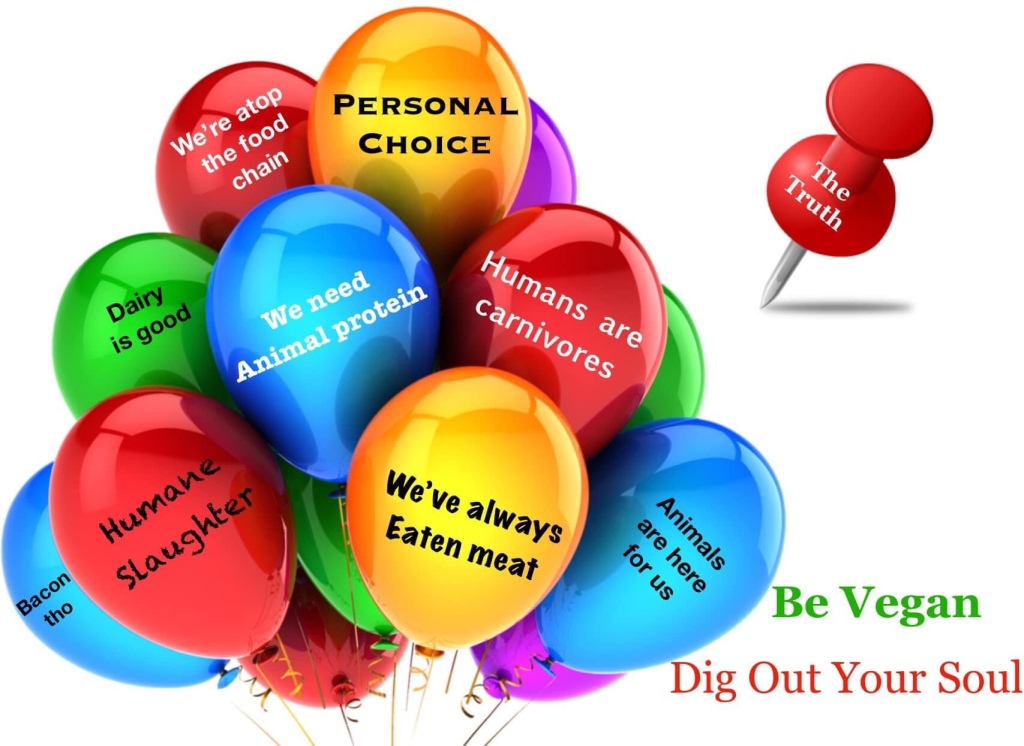 When we judge with a vegan gavel, we see others as they truly are.
According to non vegans,, we see them as less than they actually are. Why would a non vegan state this?
They believe by judging them, vegans dehumanize them, & as a result vegans lose empathy toward non vegans.
Dehumanization?
Vegans don’t eat, wear, use non vegans bodies or lives…….erm, ya know….what non vegans DO to all other-than-human animals.

Still, non vegans have no problem attacking vegans.
Their need to prove veganism as wrong mostly comes from the egoistic desire to feel that they’re on the right side evolution. Non vegans go to great lengths to argue they’re “better” than vegans.
Their anger saturated arguments are rooted in deep-seated fear….
the fear that they actually ARE on the wrong side of evolution.
They’re “worse” than vegans.

Defending what they defend…for a lousy sandwich….a pair of gloves….a half hour carriage ride, a pizza, a meatball, a pair of boots…

OMFG
The above all contains screaming, blood, fear, horror, death.

A non vegan that gets their eyes pried wide open by the truth, l begins to feel emotional distress due to the psychological discord that surfaces in their consciousness.
Their acknowledgment of the unnecessary horrors…
Their responsibility and culpability…..
The disruption of their implanted narrative…..
Happy-horror
Organic-cruel
Free range-death row
Meat & dairy-holocaust
Eat some, love some-speciesism

To avoid all the above, non vegans use all kinds of defense mechanisms to cover up the truth…..they try to win debates with excuses for cruelty.
….they claim personal choice…. They talk about how it’s always been this way…
Yo,
that just creates more serious problems.
When your goal is to prove that you’re right to slit throats, steal babies, imprison free animals, wear skins, dine on corpses (etc), you exclude ANY possibility of seeing/learning/understanding the truth.
Why?
Cos that requires admittance that what you were taught to believe is WRONG.
You were programmed.
Sucks to admit that you cling to others thoughts, with none of your own, doesn’t it?
Veganism is chock full of new information… that DESTROYS indoctrinated beliefs.

Each and every being on earth is Interconnected.
End speciesism.
See life
Don’t pay others to end lives.