I was asked the following

Erm, well, any animal exploitation is a big deal.

[since when does a vegan gotta explain oppression to another vegan?? Short answer? Since veganism became ‘trendy’ thus diluting a social justice movement to a fad diet chock full of alluring controversy. Sad shit…]

It isn’t a bees responsibility to provide us with a condiment.
Along the same vein, why don’t we raid the winter food storages of squirrels, mice, & chipmunks? I mean, hey, we eat nuts & berries, too!

So…some vegans eat honey…
I’ll reiterate the above whilst using the magical powers of truth-
Some non-vegans are supportive of factory farming bees in order to steal their honey.

Honey is not vegan.
Why not? Some beekeepers are all gentle & shit when they collect honey…
The operative word here is collect [preferred over honey stealing, similar to how harvesting animals is preferred over killing animals.]

Commercial beekeeping is factory farming. Ergo bees are viewed as commodities, & are subjected to inherent cruelties of farming. 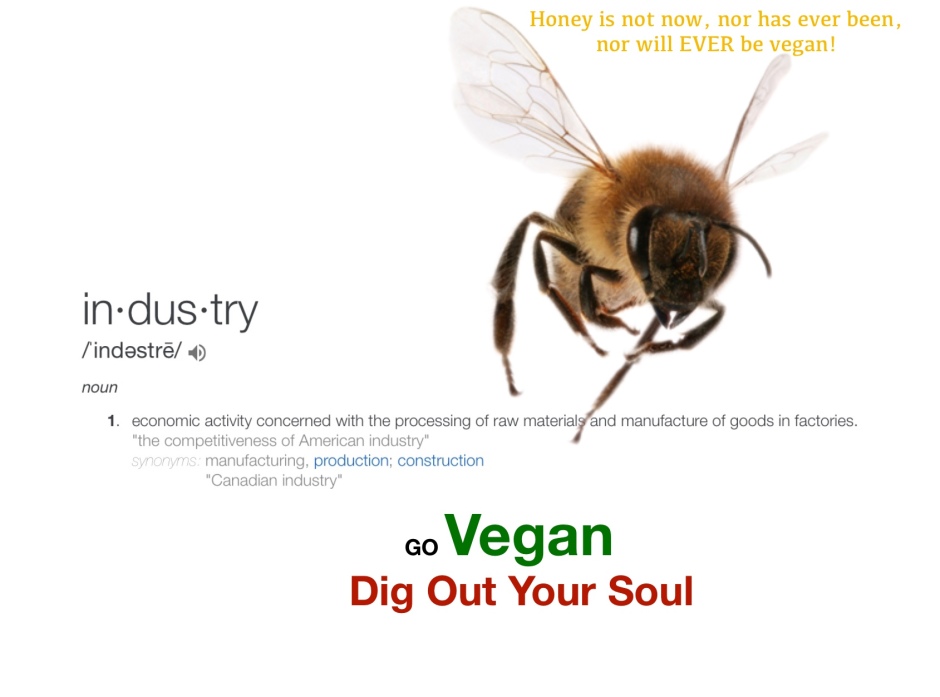 Industry Fact: A cost effective method used by some beekeepers is to set fire to all their hives before winter starts…burning all the bees inside to death.
Yeah, ALL factory farm operations ‘perform routine culling’…that’s just spurious zombie appeasement vindication. Who really wants to hear THE MASS MURDERING OF NON-HUMANS for protecting profits?? #TooReal 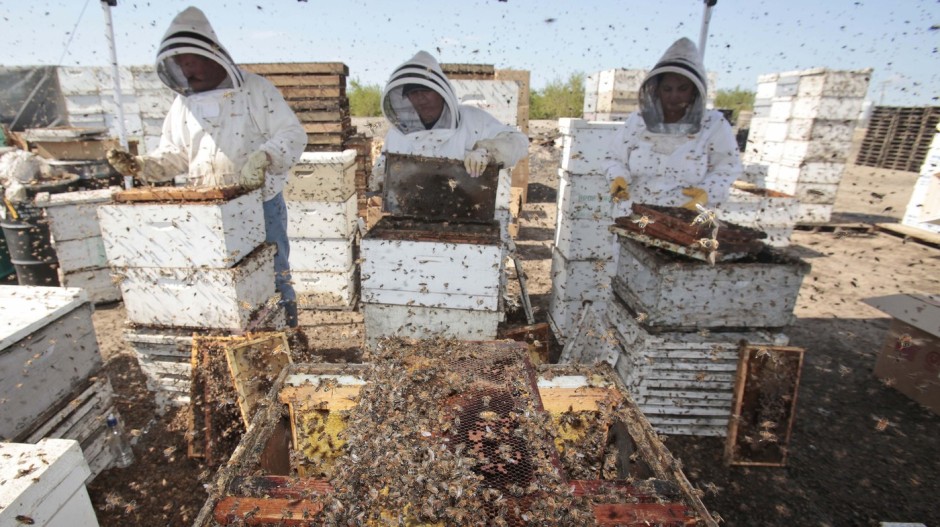 Okie dokie artichokie…
I’ll hit ya with just a few of the MANY reasons why honey isn’t vegan (& why it’s a big deal).

1. Artificial Insemination is the norm for generating new queen bees.
Bee sperm is obtained by pulling the insects head off.
Decapitation sends an electric impulse through the bees nervous system which causes sexual arousal.
Then, the bees decapitated body is squeezed to force ejaculation.
The liquid is then collected with a syringe.

Oh, & here is an immobilized queen being forcibly impregnated.

Far from the ‘as nature intended’ bees mating in flight, eh?

2. The queens wings are cut off [ahem, pardon me…’clipped’] forcing her to remain a prisoner in the hive.

a. Around 2 years, a queens egg laying ability naturally declines, so, she is killed.
b. Queens can be purchased online for commercial exploitation.

Like all factory farmed animals, bees lives are manipulated by oppressors, forcing them to live unnatural, & shortened lives for a profit.

Bees deserve to live their lives, make, & eat their honey.

Just gotta have some sweet syrup that wasn’t puked out?
– agave
-bee free brand honee
-maple syrup
-etc…. use google, that’s what it’s there for… #Learning

Some super duper kind things you can do for bees:
-Don’t use any fertilizers, pesticides, or herbicides…not only are they harmful to bees, but also to YOU, your hairless pink family, your hairy 4 legged family…
-Plant a bunch of flowers that bees absolutely love…
bee balm (duh, ahahah), sunflowers, marigolds, echinacea, goldenrod, salvia, etc….. hey, win-win, fat happy bees, & wicked pretty to look at.